I wanted to blow stuff up in my beta world so I decided to make an explosives mod! Adds 3 tiers and 8 types of explosive so that is 24 brand new bombs to try out!

Uses StationAPI version 1.3.1, didn't use version 2.0-PRE1 because I wanted compatability with BetterNetherBeta. 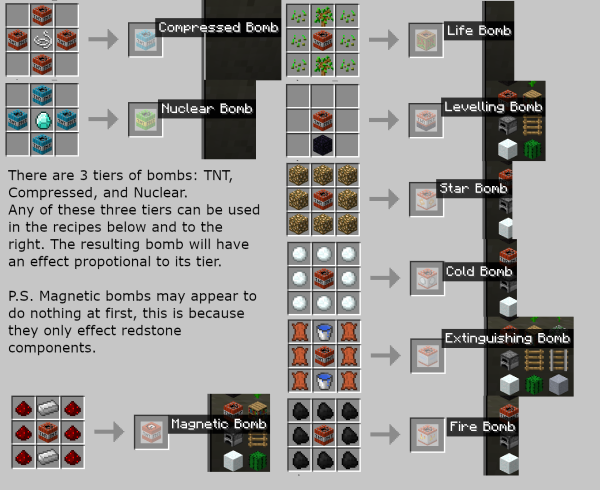 Well just the one tip actually. The nuclear tier of bombs have a fuse time of 16 seconds which isn't enough time to get far enough away that you won't die. The damage to you will be minimised if you get out of the destructive range and have something between you and the bomb such that you don't have line of sight (except through glass).
(this obviously doesn't apply for bombs that don't do damage, like the Extinguishing Bomb)